Chris Hanna
Festival Founder/Co-Director/Festival ProgrammerChris Hanna is a born and bred El Paso filmmaker, documentarian and  editor. He has made a number of short films and documentaries which have  been successful in the festival circuit, including a regional Emmy  nomination for Best Editing in a College Production with his short film  "The Talk in the Night" in 2016 and a regional Emmy award for Best  Editing in a College Production with his more recent film "Pitch Black"  this past year (which was amongst 6 nominations they had received with  the three films they submitted). Chris is also the director,  co-producer, editor and principal cinematographer for a local PBS show  in Oklahoma, "Art of a Cowboy". Currently, Chris is working on a local  documentary in El Paso, "Beyond the Dream", which follows high school  students who tour the east coast Ivy League colleges through the College  Mindset Ivy League Program, in hopes of being accepted to these top  tier schools. He has also made promotional videos for companies in El  Paso, such as Tropicana Properties and Tropicana Homes. He is  collaborating with Shine On El Paso as well, creating content to show  the best of what El Paso has to offer. This past year, Chris had the  privilege of meeting with Tony Romo, to create a feature documentary  detailing the life of the former Cowboys quarterback; the project is  currently entering post-production. 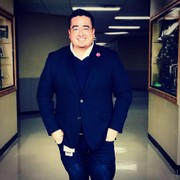 Daniel Valdez
Festival Founder/Co-Director/Session Supervisor
Daniel Valdez, is a multi-faceted educator with the goal of helping youth achieve academic excellence. With over 15 years of direct experience in the education field, Mr. Valdez has dedicated his career in developing & in motivating students in their pursuit of achieving a higher educational degree. His previous experience includes working for The University Texas at Austin as a Credit by Examination Specialist & College Advisor. His passion in helping students succeed lead him back to El Paso in 2008 to serve as a Go Center College Readiness Advisor. In 2013 Mr. Valdez concentrated his efforts as a high school Business Cooperative Education Coordinator which established him a community liaison helping to bridge the gap between education, business & city government.in 2014 his vision of transforming the educational landscape of the city took form when he helped co-found UNDERGRADS College Mindset Academy.
Mr. Valdez holds a BA in Psychology from The University of Texas at Austin, and an MBA from The University of Texas at El Paso.
He currently is serving the El Paso community as a CTE (Career & Technical Education), Department Head within Ysleta ISD, as a Board Member for Shine On El Paso (a local Non Profit), for which he oversees its educational program, as a member of the BorderPlex Alliance Educational committee, & as a member of TACAC (Texas Association for College Admission Counseling).
Mr. Valdez strives to empower today’s youth in expanding their educational horizons with the aim of developing them into the next generation of educated leaders!
DREAM IT, BELIEVE IT, ACHIEVE IT! 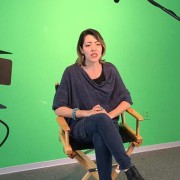 Robbie Garcia
Festival Manager/Box Office Supervisor
Rebecca Garcia is the producer, Human Resources coordinator, and an executive producer for ZGN Productions. She has funded and worked on ZGN films since the founding of the company such as the award-winning short film The Talk in the Night, in which she acted and produced. Rebecca is focused on helping ZGN Productions evolve into a well-known and profitable company. She is currently producing the latest ZGN Productions documentary short "A Family" and short film "The Truth of the Sun".
> 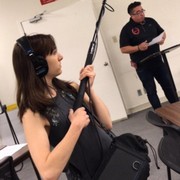 Nina Hedberg
Festival Manager
Nina Hedberg is a sound designer and production sound mixer in El Paso, TX. She has worked on a number of short films and documentaries, most of which have been successful in the festival circuit. Currently,  she is working alongside director Chris Hanna on Now or Never, a  documentary about football star Tony Romo; she is also a producer, sound mixer and editor of the local Oklahoma PBS show, Art of a Cowboy. Nina hopes to push the boundaries of what sound can do for film, bringing  knowledge of the world of sound to the masses.
Click to access the sponsor's website